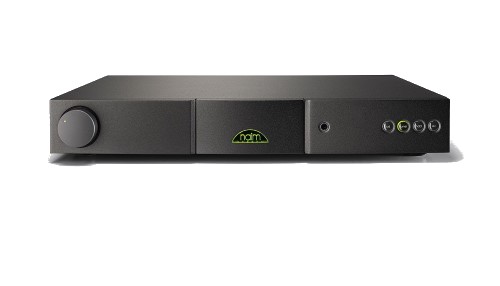 The NAIT 5si is our 60W per channel introduction to high-performance integrated amplification. Another Naim Audio amplifier that can claim a common heritage with our classic NAIT model, the NAIT 5si will get straight to the heart of your music. It engages even the most complex rhythms and demanding dynamics with all the grip and authority you would expect from us. Its clever AV bypass mode, which facilitates an easy co-existence of otherwise distinct AV and hi-fi systems, simply adds to its appeal.

Decades have passed, but the role of the NAIT 5si is fundamentally the same as its original forebear. So the engineering challenge - to maximise performance whilst maintaining engineering efficiency, quality and reliability - hasn't changed. Amplifier technology has moved on considerably however, and while the NAIT 5si occupies the same position in the Naim Audio range as the original NAIT, its performance might be from a different world.

The NAIT 5si provides four analogue inputs and a 60 Watt per channel power amplifier. It borrows numerous technologies from across the spectrum of Naim Audio products; all dedicated towards maximising its ability to communicate the fundamentals of music. And communicate it does. The NAIT 5si brings clarity, engaging dynamics and, most of all, infectious enthusiasm to every music source and genre.

This item is supplied with a 1 Year Warranty