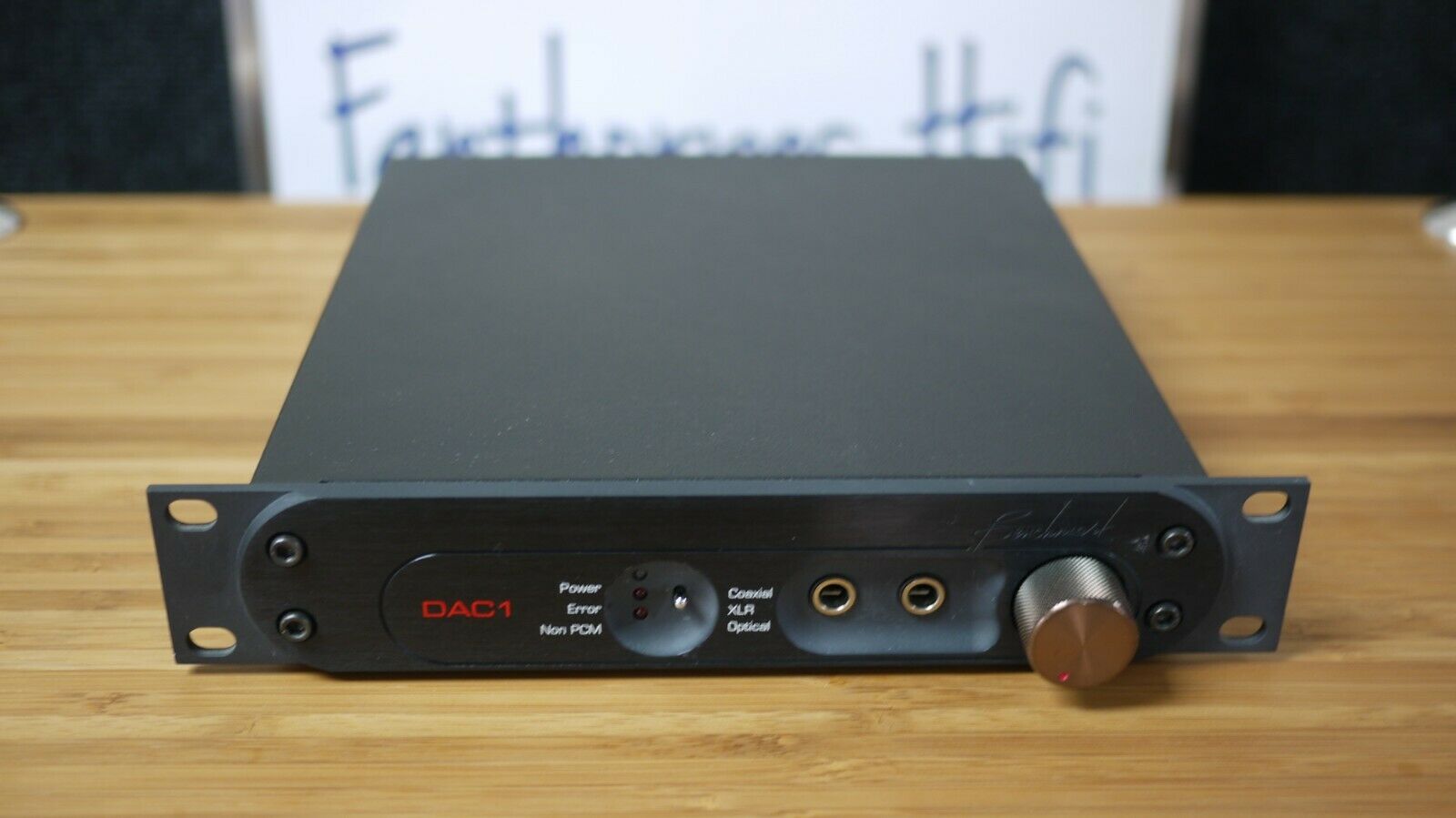 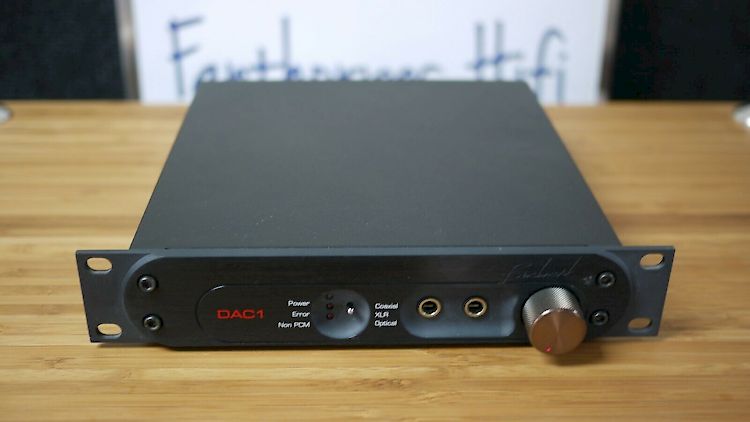 We have this preowned Benchmark DAC1 Digital To Analogue Converter in Black.

It is in very good condition which can be seen in the pictures attached.

It comes with the original box/packaging.

The DAC1 is a reference-quality, 2-channel 192-kHz 24-bit audio digital-to-analog converter featuring Benchmark’s UltraLock™ technology. The DAC1 is designed for maximum transparency and is well suited for critical playback in studio control rooms and in mastering rooms. A compact and rugged enclosure makes the DAC1 an excellent choice for location recording, broadcast facilities, and mobile trucks.

MADE IN THE USA

Benchmark products are designed and manufactured in the USA.

Benchmark's award-winning DAC1 has become a standard in the finest recording studios and mastering rooms. Audio engineers rely of the accurate, uncolored, and precise sound of Benchmark DAC1 converters. The DAC1 is free from digital artifacts and its analog sound eliminates the fatigue that is caused by many digital devices. Audiophiles have also discovered the smooth and detailed sound of the DAC1, and it has become a centerpiece in may home listening rooms.

The large internal power supply supports all international voltages and has generous margins for over and under voltage conditions. The power supply is sized to supply the demands of the HPA2™ headphone power amplifier when driving two sets of headphones.

All Benchmark DAC1 and DAC2 converters are designed to directly interface with power amplifiers and powered monitors. The XLR outputs are equipped with Benchmark's exclusive low-impedance passive output attenuators. These attenuators can be set in 10 dB steps to optimize the gain-staging between the DAC and the power amplifier. This important feature maximizes the signal to noise ratio of the entire playback system.

Digital interconnect cables, electro-magnetic interference, and many other variables introduce jitter into the digital audio. Jitter presents a major problem to most D-to-A converters. Jitter is a type of clock error that, if not properly addressed, can cause the D-to-A to misfire. The result of these misfires is a non-musical, digital distortion.

Many modern (and expensive) converters suffer from severe jitter-induced distortion. Jitter is NOT a problem for the DAC1, which achieves jitter immunity by utilizing Benchmark's proprietary UltraLock™ clock-recovery system.

With the UltraLock™ clock-recovery system, the digital-to-analog conversion-clock in the DAC1 is totally isolated from the clock of the digital audio input. This clock-recovery topology outperforms even the most well-designed two-stage PLL designs. Using state-of-the-art Audio Precision testing equipment, no jitter-induced artifacts can be detected with the DAC1. Any signal that can be decoded by the AES/EBU receivers will be reproduced without the addition of any measurable jitter artifacts. The bottom line is this: Benchmark converters will consistently and faithfully deliver truthful audio with no jitter-induced artifacts, no matter what variables are present.

The DAC1 features the HPA2™ - Benchmark's signature high-current, 0-Ohm headphone power amplifier. The HPA2™ is arguably the ultimate reference headphone power amplifier. It will deliver the full rated performance of the DAC1 to the headphones. The HPA2™ maintains less than 0.0003% THD+N under full load. The DAC1 has two 1/4" headphone jacks on the front panel. The performance of the HPA2™ remains consistent even when two headphones are being driven simultaneously.