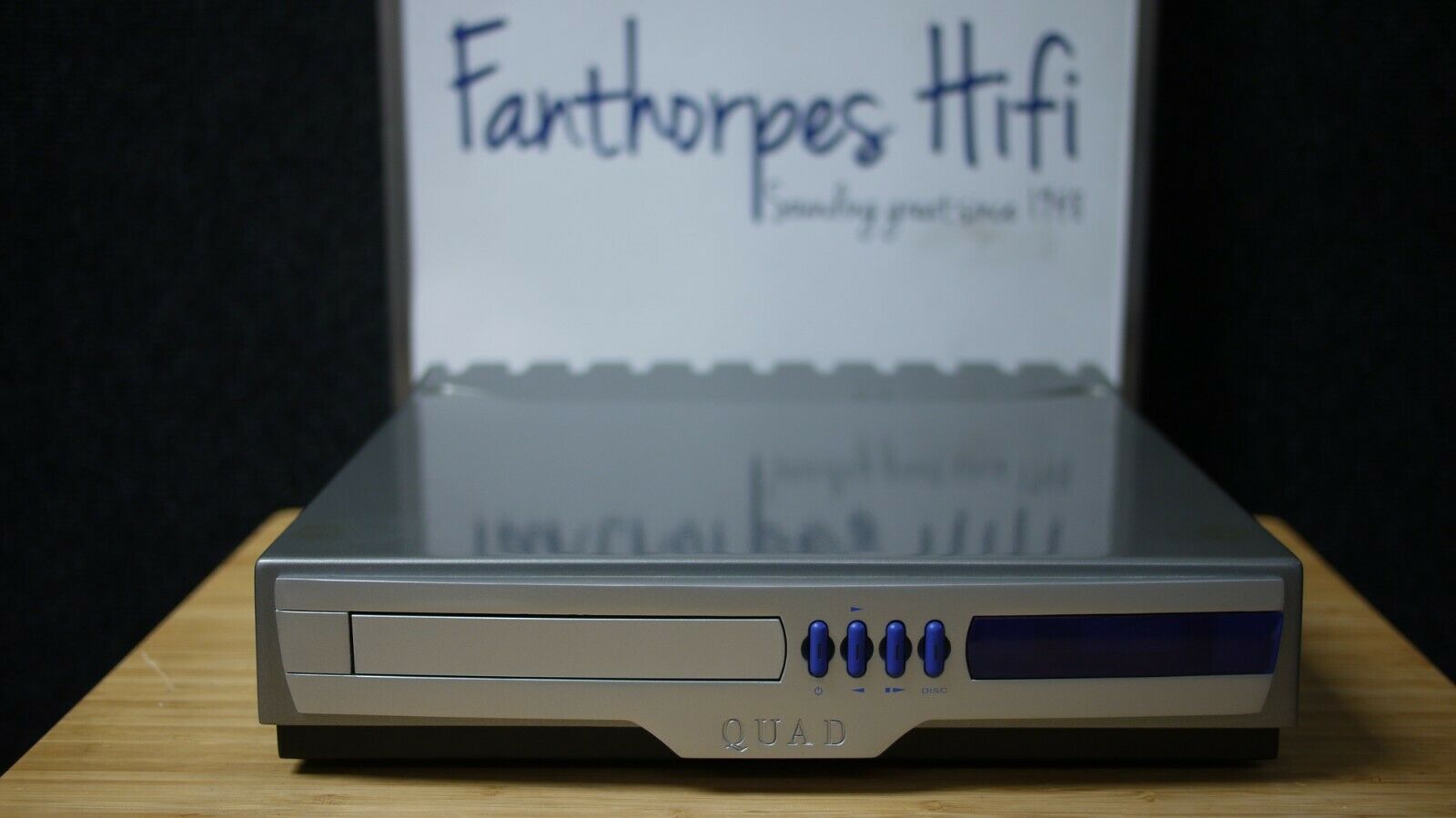 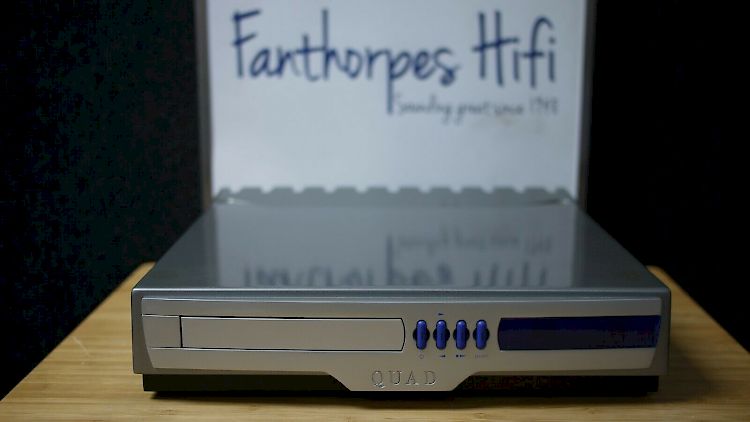 We have this preowned Quad CDP-2 CD Player in Silver.

It is in good condition, there are a few minor marks on the cabinet which can be seen in the pictures attached.

It does not have its original box but can be shipped with suitable packaging.

It is complete with remote control & pictured accessories.

We are an authorised Quad dealer so please buy with confidence.

The CDP-2 is an update to Quad's extremely successful top-of-the-range CD-P. The original CD-P wowed customers with its excellent sound quality and neat additional features, including six digital inputs and a high quality variable output too. However, following the winding down of Philips' Optical Storage division, there are no longer any suppliers of high-quality CD mechanisms left - meaning the transport mech in the CD-P is now discontinued.

This has left many manufacturers in a difficult situation, meaning that either a DVD mechanism has to be used or, worse still, a cheap data drive (non of which are optimised for 1x reading). Considering these compromises unacceptable, Quad has tackled the problem head-on by hiring Jon Green - one of the leading figures from Philips' CD transport team - a man with an unsurpassed hands-on knowledge of the intracacies of high-end CD drive development.

The result is the unique CD drive found in the Quad CDP-2. It's a rare beast because the whole application is custom designed for one purpose only - this Quad CD player - rather than being a bolt-in solution. Jon's bespoke implementations of laser reading strategies - customised to the CDP-2 - result in a vibrancy of sound and resolution of detail unequalled by any other CD drive, at anything like the price. Not least because this kind of knowledge is held by only six or seven people in the world - several of whom are already retired.

Doing a back-to-back comparison with the original CD-P should reveal major steps forward in finesse, resolution, and pacing - putting the CDP-2 firmly at the top of its class. The good news for existing customers is that CD-Ps can be retro-fitted with the new transport to turn them into full CDP-2s - since the transport is the only difference between the two players. The cost of that upgrade is still to be confirmed, but details will be released in the very near future. The CDP-2 sells at the same price as its predecessor, and still includes six digital inputs (ideal for those with Freeview boxes, DAB tuners, PlayStations, or other equipment with a digital out), plus a fixed output, and an ultra-short signal path variable output for those wishing to go straight into a power amp. QuadLink connectors are also fitted to allow simple and perfect integration with a complete 99 series installation.