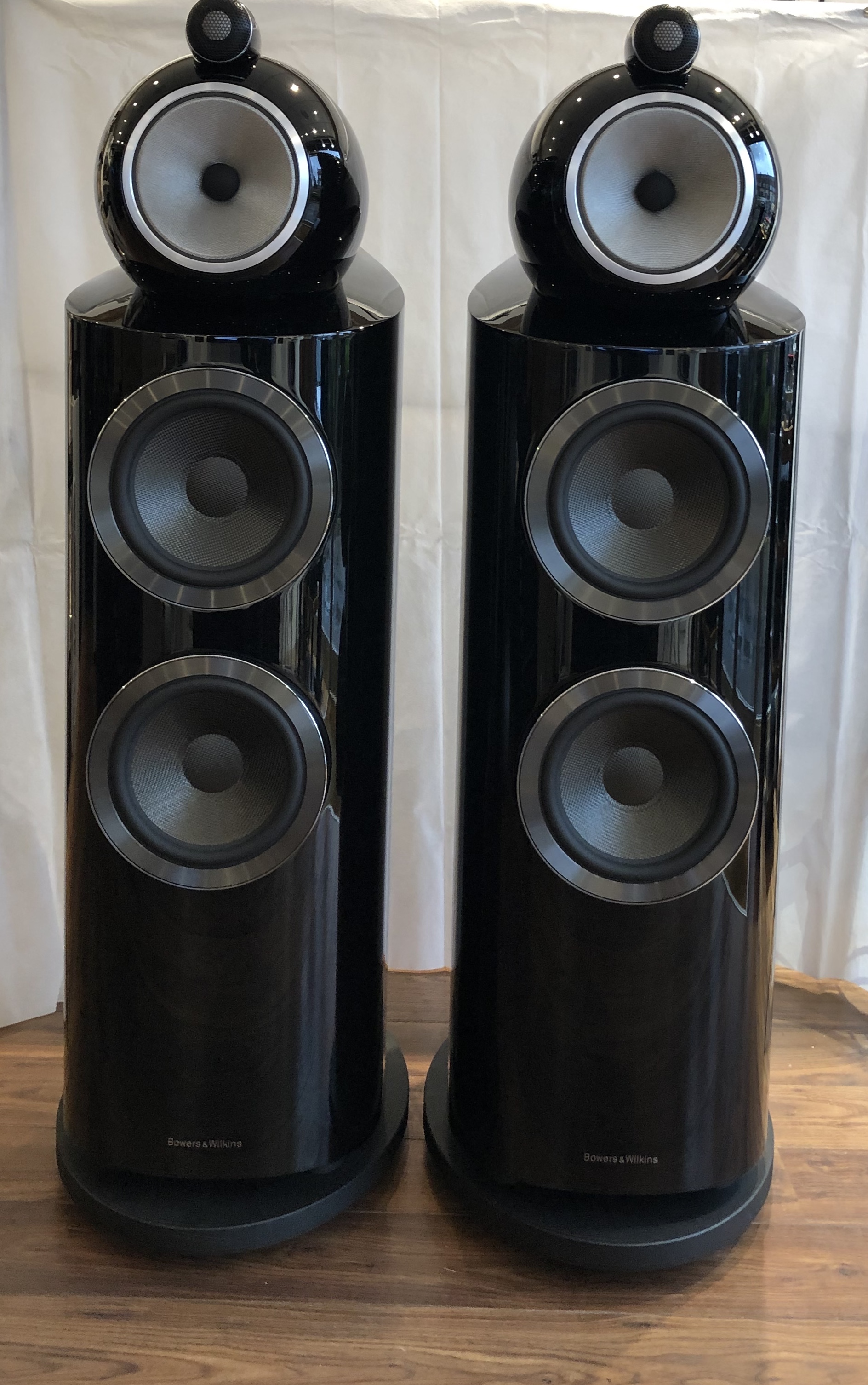 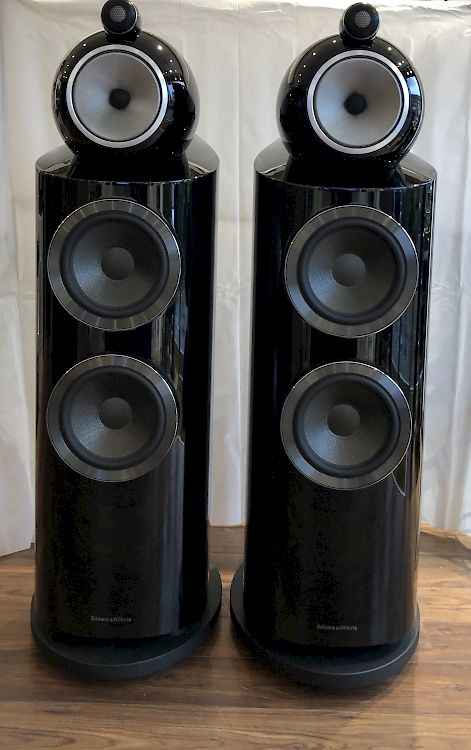 An extremely rare opportunity to one of the finest loudspeakers available at a great price. These speakers are in as close to new condition as possible, having been meticulously cared for by the owner who didn’t let anyone handle them. As shown in the photos there are no scratches or marks anywhere on the speakers. Comes with all the original packaging and accessories.

The Bowers & Wilkins 802 D3 are slightly smaller than the 800 D3, but still capable of delivering pristine, natural sound. If you’re looking for stunning realism without the studio-sized footprint, the 802 D3 is the answer. Its slim proportions make it a comfortable fit for both domestic spaces and recording environments. At home or in the studio, it will reveal depth and detail in music you never knew existed.

The Turbine Head’s massive midrange housing is carefully shaped and inert, ensuring voices and instruments are delivered with extreme purity.

Voices and instruments are delivered with purity and precision, thanks to the smooth, accurate Continuum™ cone midrange driver.

Solid, dramatic bass is delivered through the rigidity and lightness of the uniquely-shaped variable thickness Aerofoil™ cone.

Unwanted resonances can blunt the punch of the sound: advanced Matrix bracing keeps the cabinet ultra-rigid and damps out superfluous vibrations.

Perfect sound is about moving air, not the speakers: a stable plinth makes for easy positioning, then keeps it rock-solid for listening.

Reviewed by the experts

“A major step up from its predecessor, the 802 D3 competes with speakers at twice its price, and higher.”
-Audio Beat

“Think of the tears of joy as your turn it on.”
-Shortlist

The sleepy coastal town of Worthing in South England might not look like a hotbed of 1960s freewheeling experimentation, but for audio fans it’s a place that’s synonymous with innovation. Thanks to the first Bowers & Wilkins speakers built here in the early years of the company, music lovers could experience albums such as Sgt. Pepper and Pet Sounds in new, mind-expanding depth and clarity.

The decade that saw a series of musical upheavals from disco to punk rock also brought several major milestones for Bowers & Wilkins. The company introduced curved cabinet forms and new cone materials such as Aramid fibre. And it all culminated in the launch of the 801, soon to become the reference speaker of choice for many of the world’s leading recording studios.

1980s: The application of science

Extensive investment in research led to the establishment of the company’s dedicated R&D facility in Steyning. The era of MTV pop superstardom and bombastic stadium rock also saw Bowers & Wilkins buck the trend and introduce something small and unobtrusive: the “compact monitor”, or CM1.

The 1990s saw the pioneering work of the Steyning research team realised in spectacular fashion with the launch of Nautilus™, a speaker that upended preconceived notions of speaker design. It also saw major product launches at both ends of the spectrum, with the unveiling of the highly regarded entry-level 600 Series and the flagship Nautilus 800 Series.

The decade that brought us iPods and smartphones saw us embrace the new world of digital with the launch of the Zeppelin. We also expanded into the car audio market with our partnership with Jaguar, and launched a revolutionary new speaker technology in the form of diamond tweeter domes.

Monumental technological change seemed to be everywhere in the 2010s, and Bowers & Wilkins was no exception.

Soundstage Hi-Fi & Home Cinema is a member of...