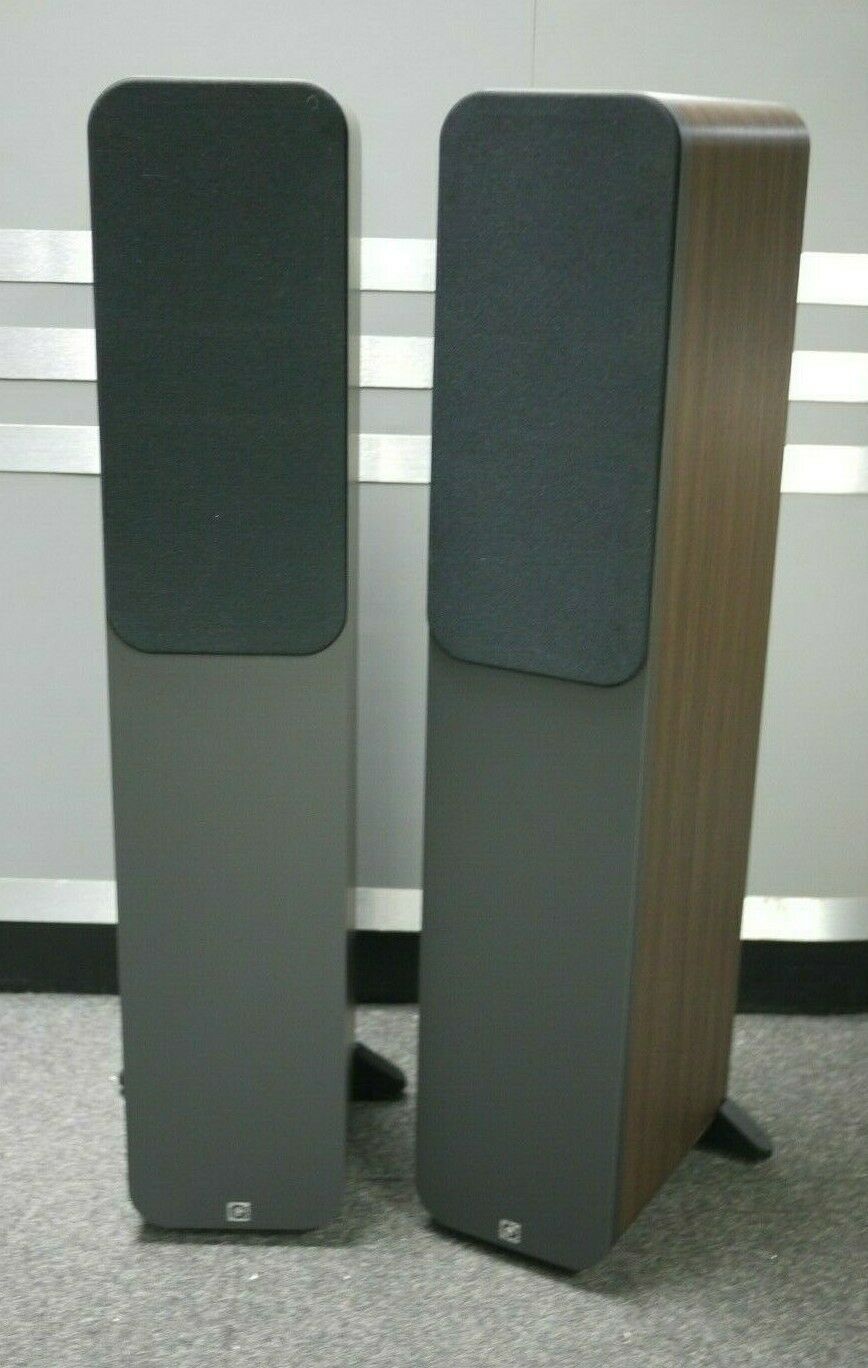 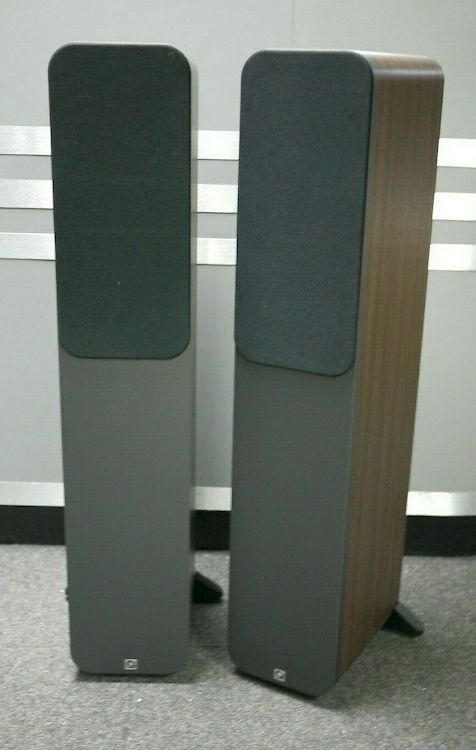 We have these preowned Q Acoustics 3050 Floorstanding Speakers in American Walnut.

They are in very good condition, there are a few minor marks on the cabinet which can be seen in the pictures attached.

They come with the original box/packaging & front speaker covers.

Q Acoustics successfully developed and manufactured the highly acclaimed former 1000 and 2000, 2000i ranges. More recently the Concept Series was added to the portfolio. With knowledge gained from these ranges, the 3000 series was created offering improvements such as thicker baffle, improved cone material and upgraded crossover compontents - resulting in another range of outstanding Speakers.

Visually striking, the perfectly proportioned 3050 is the flagship of the new 3000 Series.

The flagship 3050 is the perfect loudspeaker for larger rooms. It boasts the ultra-low levels of distortion, typically found of speakers costing three or four times its price. Not surprisingly, as a result it delivers truly unrivalled sound quality and value.

A fusion of both evolutionary and revolutionary thinking, the 3050 benefits from state-of-the-art design technology, as well as improvements to the cabinet construction derived from the ground breaking Concept models.